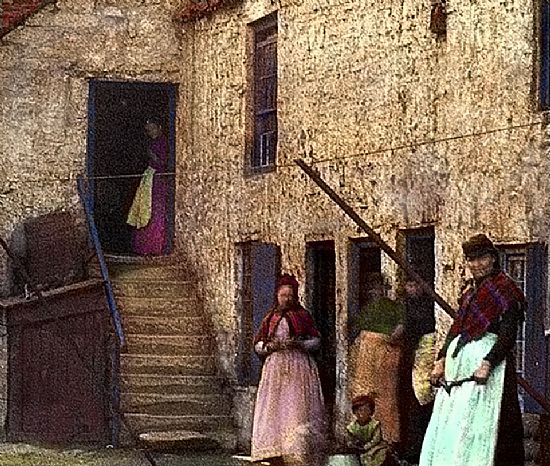 Print coloured by Denis Shaw, who also found the extracts below.

To read the delightful personal reminiscences of someone who grew up in the old village, click here.

To read about characters and familes remembered in the 1920s, including the Goodfellows, click here.

The plan below is a modern facsimile of a document drawn up by John Warner between 1714 – 1718.   The commission was issued by John Crowley following the death of his father, Ambrose III, in 1713.  The original plan is in the archives at the Discovery Museum.  (Record reference DX 104/1.) 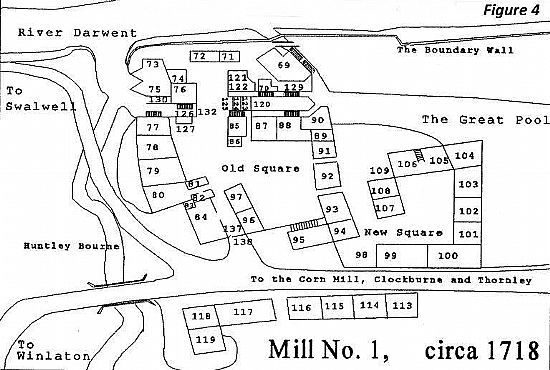 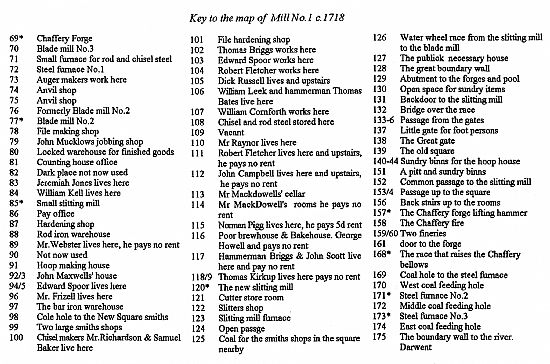 Extracts from 'Crowley's Mill No.1' by Colin Douglas & Noel Adamson.

Animation of Slitting Mill in action