The Consett Story written and compiled by Consett Lions Club

Click here to access the work of Dr Helen Steadman, who has very generously shared the results of her extensive research into the swordmakers, conducted between 2017-2020 in preparation for her PhD and her novel, The Running Wolf.

The Origin of Rapper Dancing

Film of rapper dancing in Winlaton in 1928 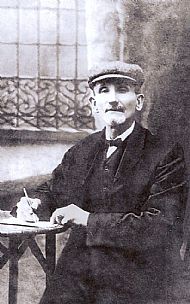 Tommy, The Pitman Poet, was born at 17 Wood Street, Shotley Bridge, Co Durham on the 15th August 1848.   He started working underground at the age of nine years, he suffered a stroke at the age of fifty years, and died in Tantobie on the 30th August 1920, aged seventy two years.

Tommy was probably the best workers’ songwriter in his time and is ranked amongst other song writers such as Geordie Ridley who wrote ‘Blaydon Races’ and Joe Wilson, composer of ‘Keep Your Feet Still Geordie Hinny.’

Tommy wrote over 150 poems, many being set to traditional music of the time.   Many of his songs related to some incident that had recently taken place such as ‘The Trimdon Grange Explosion’ (1882), the ‘Consett Choir Calamity’ (1911), and the opening of Annfield Plain railway station ’Te Nue Ralewae Te Anfeeld Plane’ (1893).  He is also remembered for his humorous songs such as ‘Wor Nanny’s a Maisor’, and ‘Funny names at Tanfield Pit’.

Tommy stood firm against injustice and unfairness that miners were subjected by their working conditions, and many of his songs castigate the Colliery owners, notably about miner’s actions such as lockouts and family evictions.

Tommy was a little fellow with a good heart who made a significant difference to the lives of people he knew.